Think of the classic Snow Queen from the Lion, the Witch and the Wardrobe. She looks magnificent in her fur, gown and crystals. There’s no way she had to sit on the throne in itchy and ugly thermals and long johns. Or, have you ever thought that you looked amazing in your glamorous ski gear, only to hit après and realise that removing your jacket means exposing your not-so-great base layer? If only you had the Queen’s wardrobe. Isn’t it time that sexy thermal underwear existed, and were fashionable to enough to wear as apres ski fashion?

It’s as though the realms have been listening. If they say that what you wear underneath affects a woman’s outer confidence, then our S’No Queen Collection will be making the Snow Queen shiver in her throne as women feel the ability to take on the world. Now, you can sip Cristal whilst showing off your crystals as we’ve made stunning and sexy ski underwear, base layers and long sleeved v necks to rival the most glamorous ski outerwear. In hot pink, berry, forest greens, and adorned with crystals and made from silk, there’s no denying who will be deemed the most stylish on the slopes.

Before S’No Queen, there has always been the trouble of having to choose between dreary thermal underwear. Yes, functionality and technicality are important, as you don’t literally want to become the Ice Queen, but do they have to look so unflattering? The glitz, glamour and sophistication of drinking Cristal at the top of a mountain bar in Verbier, after having skied for hours in perfect powder, becomes somewhat undermined by the drab and dreariness of thermals.

I know girls who have chosen to head home and change for après, rather than face taking their jackets off to show their black and shapeless thermal top. They would rather trek to a bus stop in ski boots, and try and stay upright on a ten minute bus ride, then show their thermals in day light. After all, that’s what thermals are associated with: night time. If you think of thermals, you think of bed and old grannies putting on their long johns with a cup of warm cocoa with marshmallows on top. Up until now, there’s been no glamour associated with base layers. The snugness of thermals has overshadowed the sexiness.

Now, buying sexy thermal underwear is possible. And for when it’s time to retreat for a mug of hot chocolate back in the chalet, wearing S’No Queen means that you will be seen as the most stylish in resort, with pom pom detailed thermals, crystal hoodies and harem pants. Sipping on hot cocoa in these thermals will banish the ‘granny in her thermals’ image for eternity. Sexy has overridden snug.

You can intimidate the Taras, Arabellas and ‘Glossy Posse’ of the high speed Swiss chair lifts: those who wear Bogner and Fendi while adorned in fur. As the likes of Heidi Klum and Tara Palmer Tomkinson swelter in the heat of their fur, too ashamed to remove them because of their drab thermals, S’No Queen thermals mean that you can chill, sparkle and out-shine their diamante Chanel goggles. As you feel a cool million dollars on the inside, the Arabellas of the world will shiver in their Versace snow boots. When it all becomes too much, and they have to lay down their glasses of Cristal to expose their dreary thermals, the slopes become a catwalk and there’s no denying who’s crowned the S’No Queen and who’s branded ‘No Queen’ in the fashion face-off.

Now, you can sit on your rightful throne in glamorous and sexy thermals. The slopes have found the new S’No Queen. 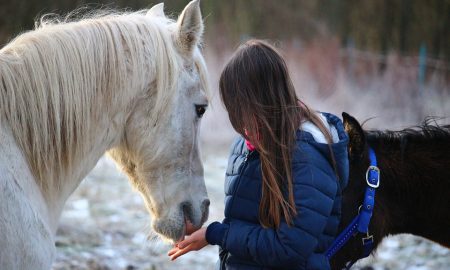 Stay warm at the stables – winter with horses

During the winter, the livery yard becomes a less welcoming place. Freezing pipes, dark wet days and bitter temperatures make looking after a horse during the winter a much more 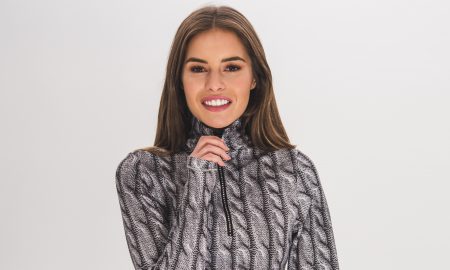 S’No Queen Designer Ski Thermals – Why Have Cotton, When Ours Have Silk?

With all the science that's gone into the material we use in our ski thermals, it's no wonder they perform so well even in the most extreme of environments.