It’s been plagued by serious injuries in recent years and is considered to be the most dangerous show on TV. But that hasn’t stopped another batch of celebrities signing up for The Jump 2017.

Each year we get a few more celebrity fans of our designer thermals, as they wrap up warm but still want to look stylish for the cameras, this year we will be watching from home as the celebrities go on the piste head to head starting the 5th February!

Confirmed contestants for The Jump 2017

Sir Bradley Wiggins has countless medals and titles to is name as a pro cyclist, including 5 Olympic golds.

Former Made in Chelsea star Spencer Matthews has joined The Jump cast. He’s the latest MIC star to compete, following in the footsteps of ex-girlfriend Louise Thompson and Mark-Francis who have both suffered from serious injuries in previous years.

The Only Way Is Essex’s Lydia Bright revealed she had signed up for the show on Twitter with a picture alongside fellow contestant Spencer.

Singer Jake Quickenden previously appeared on The X Factor in 2014 and then turned up in the I’m A Celebrity jungle the same year.

American Model Caprice has signed up to The Jump, havig appeared in a number of other UK reality shows over the years. In 2005, Caprice appeared in Celebrity Big Brother and in 2013 she took part in ITV’s Splash!

Model Amy Willerton has stepped in to replace Vogue Williams, who was forced to pull out due to injury before the show had even begun. Amy was recently spotted wearing our pretty thermals herself.

Footballer Robbie Fowler previously played for Liverpool and England, scoring a total of 186 goals throughout his career as a striker.

Olympian Jade Jones, taekwondo champ who won gold in Rio this year as well as in London 2012, is set to head to the slopes, The Sun reports.

Another Olympian, Louis Smith is a medallist in gymnastics and previously competed in BBC’s Tumble and Strictly Come Dancing.

Welsh Rugby International player Gareth Thomas previously competed in Dancing On Ice, but will that be of any help on The Jump?

Gareth isn’t the only rugby player on the confirmed line up of The Jump 2017 with World Cup Winner and England Rugby Captain Jason Robinson also taking to the slopes. We expect Jason to be one the contestants more suited to some colourful thermals to represent his funky personality.

Comic Mark Dolan hosted Channel 4’s Balls Of Steel between 2005 and 2008 and has also appeared on Let’s Dance for Sport Relief and co-hosted If Katie Hopkins Ruled the World.

Camilla Parker Bowles’ niece Emma has reportedly signed up to The Jump 2017 cast.

It seems that this year we will be treated to lots of Olympians that are used to conquering tough obstacles to achieve their goals but as we know from previous years The Jump is a new experience entirely. 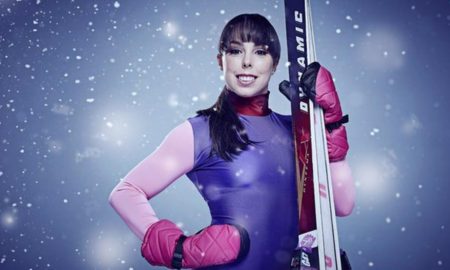 The Jump Episode 2 – Is The Jump too dangerous?

This season's Jump promised to be more exciting than previous seasons, and they have delivered on that promise! But is it too dangerous?