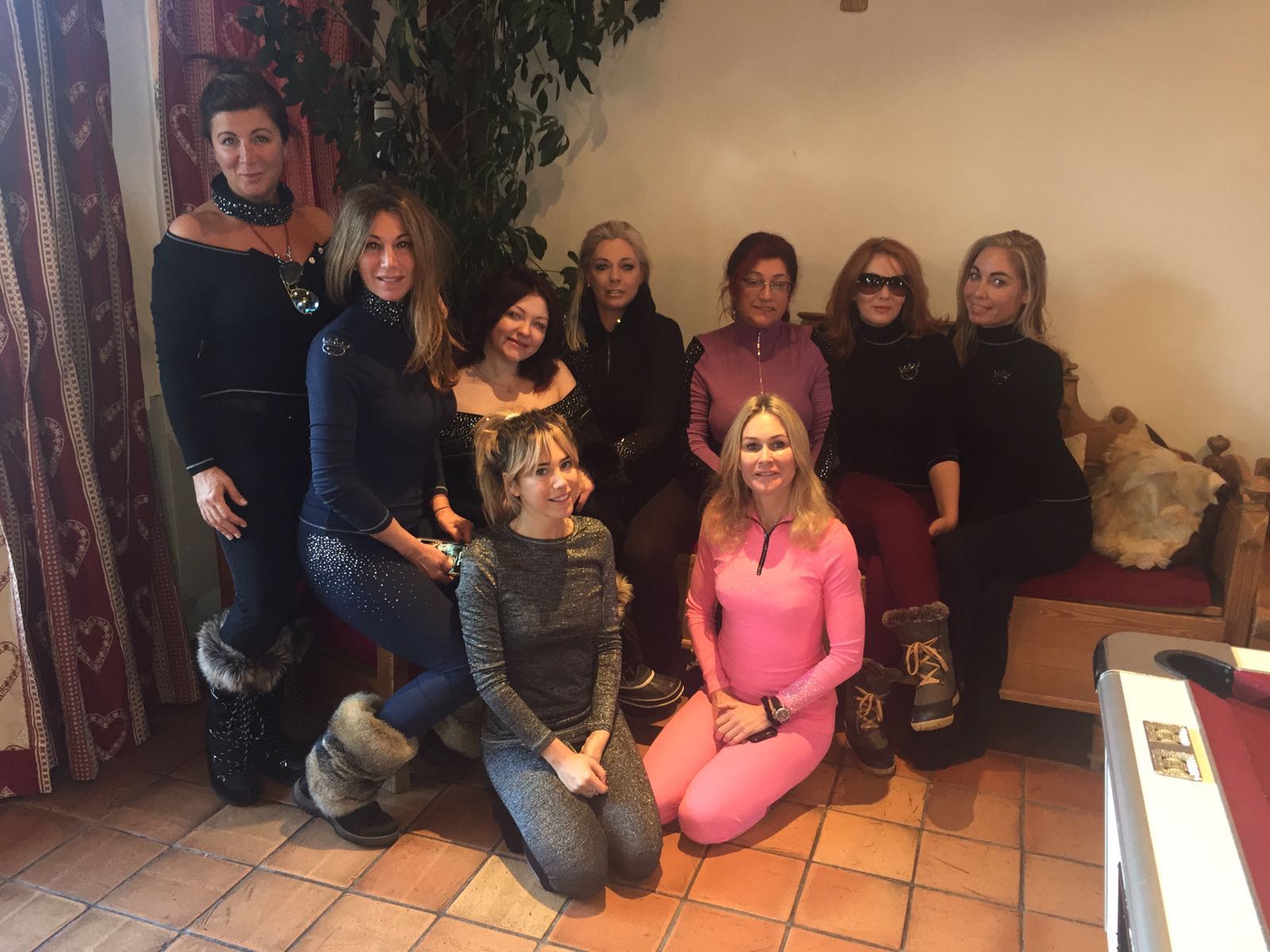 As you may have seen on Facebook, twitter or even Instagram, the S’No Queen girls headed off to Meribel last weekend to be able to enjoy the sun, snow and slopes at their finest.

Meribel its self is located in the French Alps in the region of the Vanoise National Park. This region is home to massive and prestigious resorts such as Val-d’Isere and Courchevel, of which both have been world renowned for bringing in a huge array of rich and famous from across the globe.

When it came to travelling to Meribel, the best option was travelling by air. With the girls travelling from places such as Ibiza, London and Manchester, getting a plane and simply meeting in Geneva Airport seemed the best course of action. It was also the fastest and allowed all of the women to be able to meet in one place around the same time as each other and save waiting around.

Unfortunately, for one or two of the ladies however, the flights were not so direct and there was need for one of the flights to have to be changed at Barcelona. This was simply due to the very select amount of people who head to Maribel due to its exclusive nature. Nevertheless, when the ladies finally all arrived they were long overdue a catch up and it did not take long until they were chatting away having a laugh amongst one another. 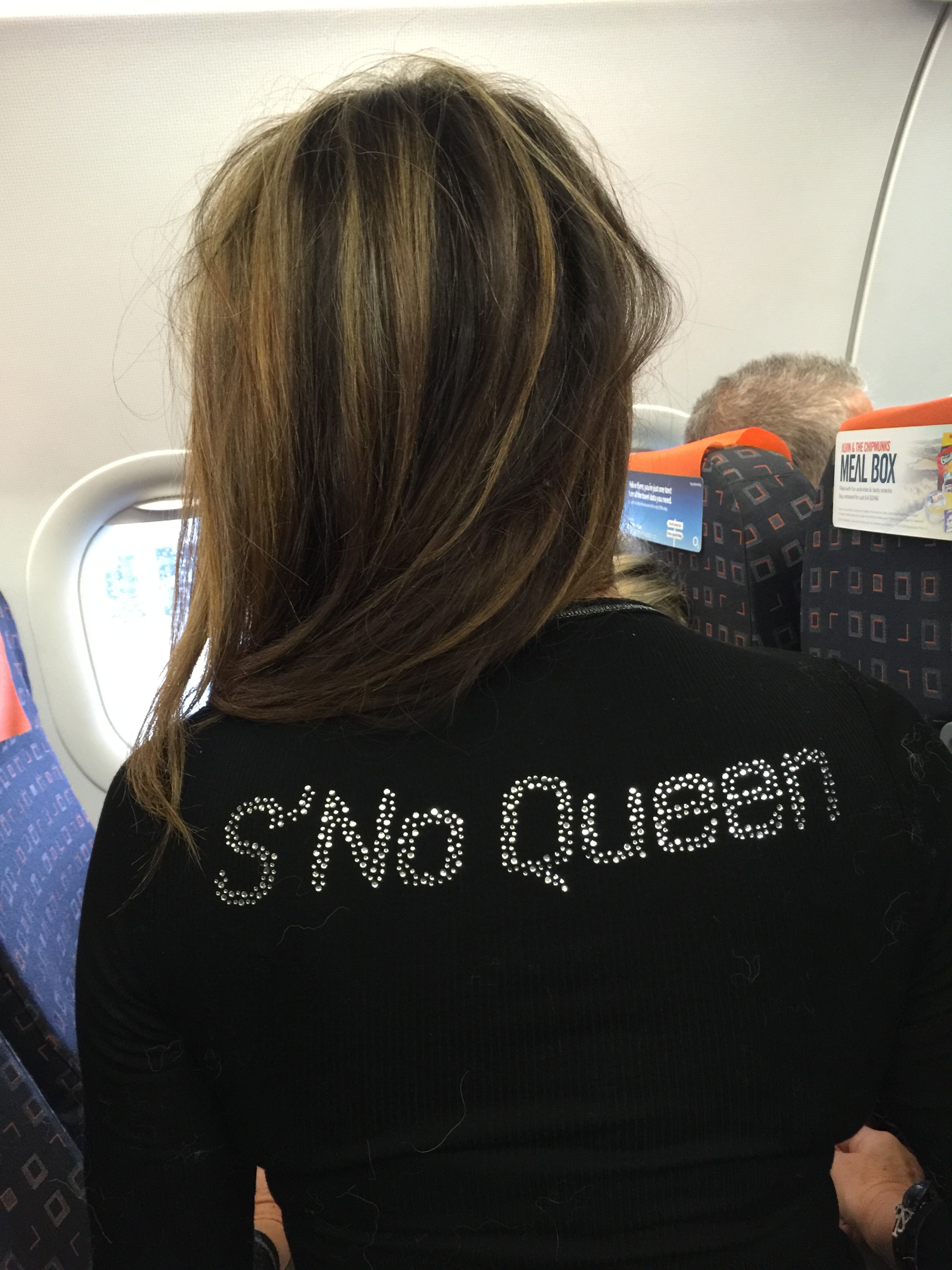 When the girls finally all arrived at Geneva Airport it was time to head over to the accommodation and check out the hotel. The hotel its self was only a short drive from Geneva airport and for this reason the girls headed to their rooms to quickly unpack before regrouping.

The girls all stayed in a hotel called Le Merilys which is situated relatively far up the piste, which means that the girls could easily get to the slopes when they wanted to. The hotel being high up the piste also meant it was relatively out of town and held spectacular views of the Meribel Valley and Village. The hotel boasts mountain view balconies, flat screen TV’s and the best continental open breakfast in Meribel, all in front of an open bar fire in a cosy and luxurious bar area. The decor of the hotel is very traditional and gives a true skiers aesthetic to the entire trip after spending the night.

With the girls being so busy skiing and having fun they didn’t get much time to try out the sauna of the hotel but hope to when they return next year.

Day one consisted of skiing, trekking and great laughs. The girls headed out in the morning to a professional S’No Queen photo shoot to be able to showcase the brand in its native environment before heading out onto the slopes.

With the S’No queen girls all having different levels of ability when it comes to skiing, it made a lot of sense for them to hire two private ski coaches rather than one. This was simply so that they could split into the more laid-back skiers and the competitive skiers so nobody gets left behind. 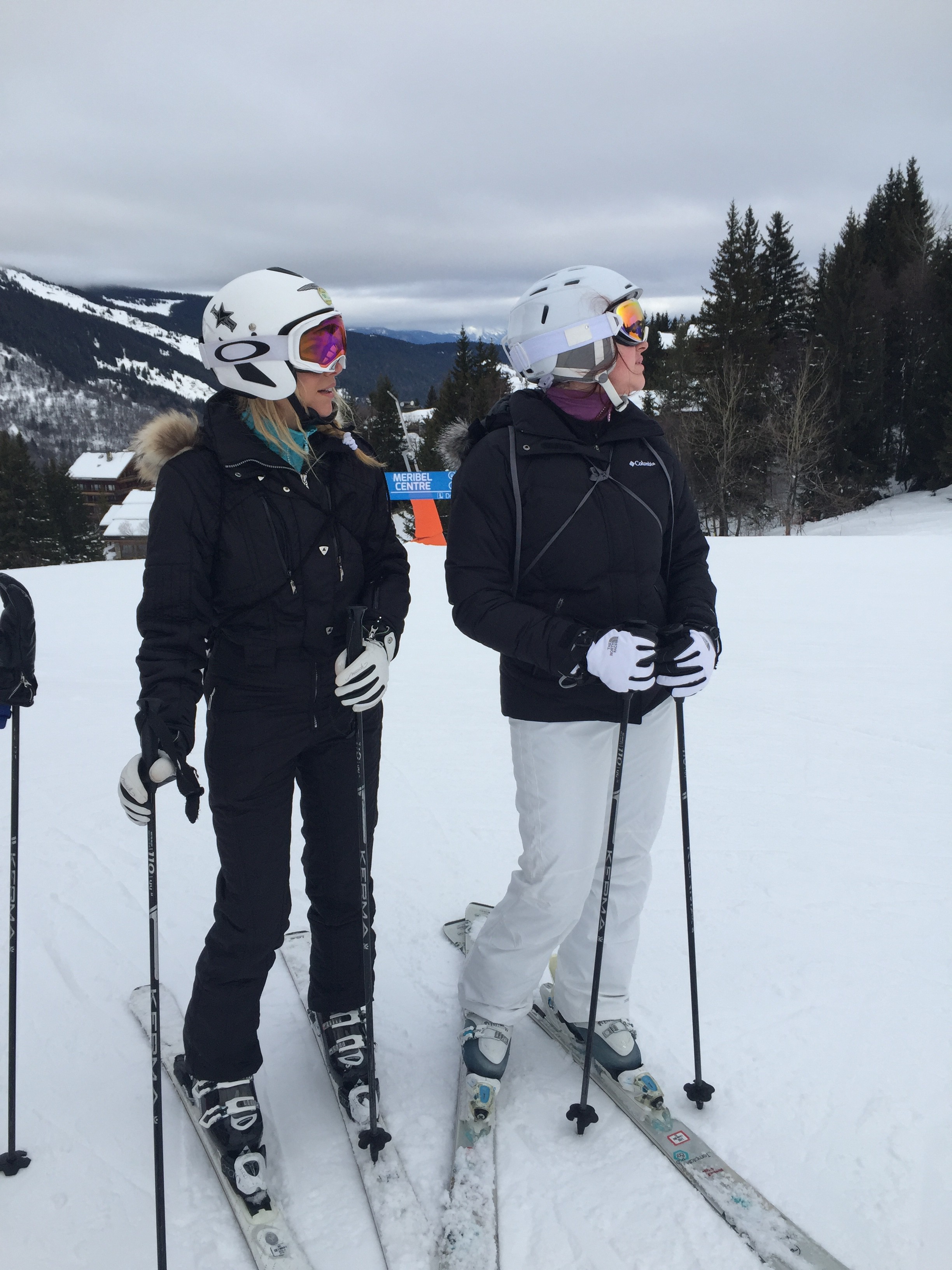 The ladies skied together throughout the morning, fooling about in the snow and simply having a laugh on amazing girly holiday in a picturesque alpine location. Then before they knew it, they had covered 9km without even realising and they had reached the beautiful French Village of Courchevel.

By this time, it is reaching well into lunchtime so the ladies had a little explore before heading to La Cave des Creux that is a renowned restaurant high up on the Courchevel piste. The restaurant looks out over the snow capped Mont Blonc and the Courchevel 1850’s skiing valley and is well known for its south facing terrace and amazing alpine atmosphere. 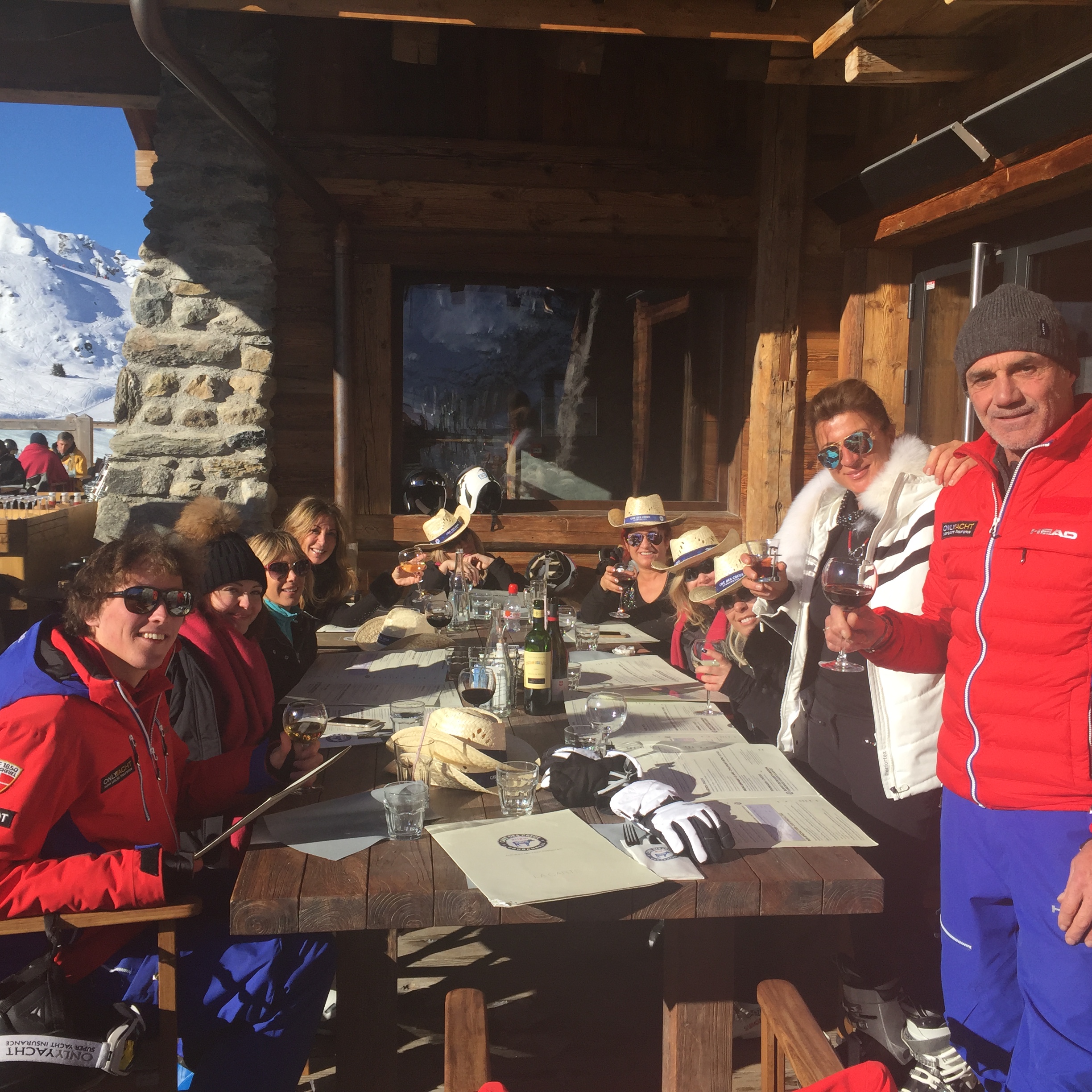 After sitting and chatting for hours in this beautiful remote venue, the ladies noticed that the days beautiful weather was coming to an end and darkness would soon be upon them and decided to head back to the resort. Of course taking advantage of every ski run, they could find along the way running from Green, blue and even red.

Soon enough however, they found themselves back at the hotel enjoying some traditional food and fine wine to end the day. Then after the meal, it was time to head to their rooms and get some sleep for the busy day they had coming. 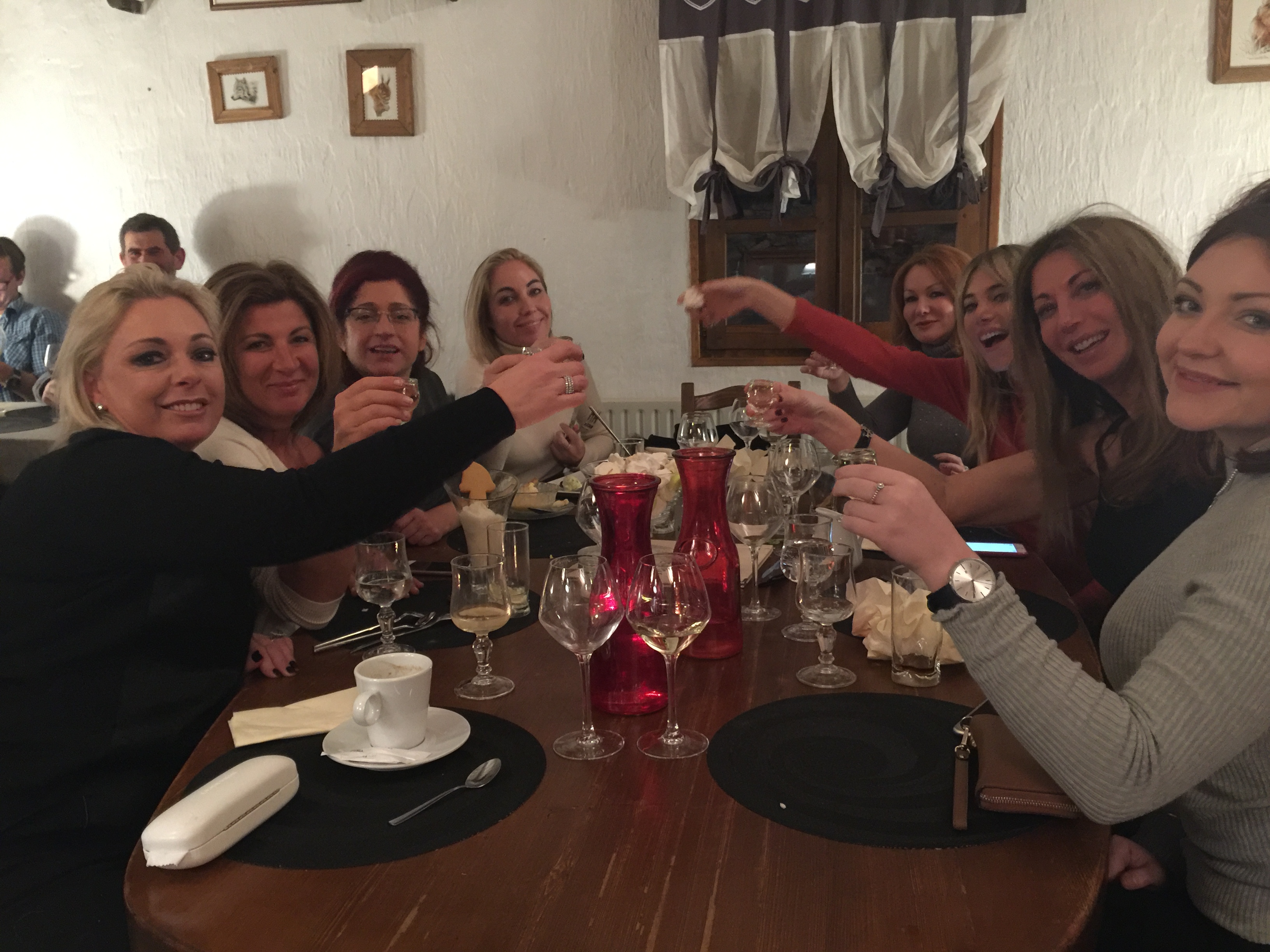 Day two saw the girls hitting the slopes first thing in the morning for a few hours. Having travelled to Courchevel the day before, they were yet to embrace their local runs, so they took full advantage of their surroundings and had a ball doing so. Exploring the resorts whilst enjoying the runs was great fun for the girls but after a while, they decided to head into the Meribel Village and explore what it had on offer. 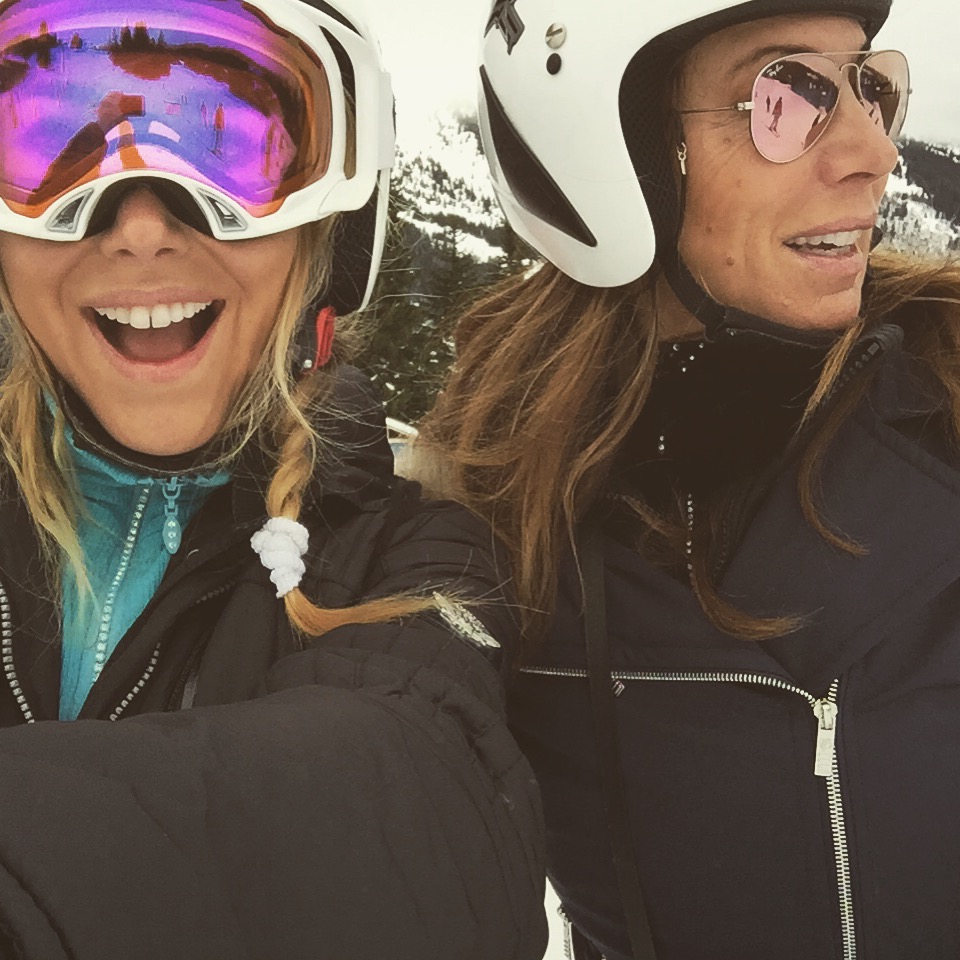 After exploring the village to its fullest and shopping themselves the exhaustion, it was time to head back over to the hotel and drop off the things they had bought before heading for a quiet drink and enjoying the atmosphere that the village had to offer them. 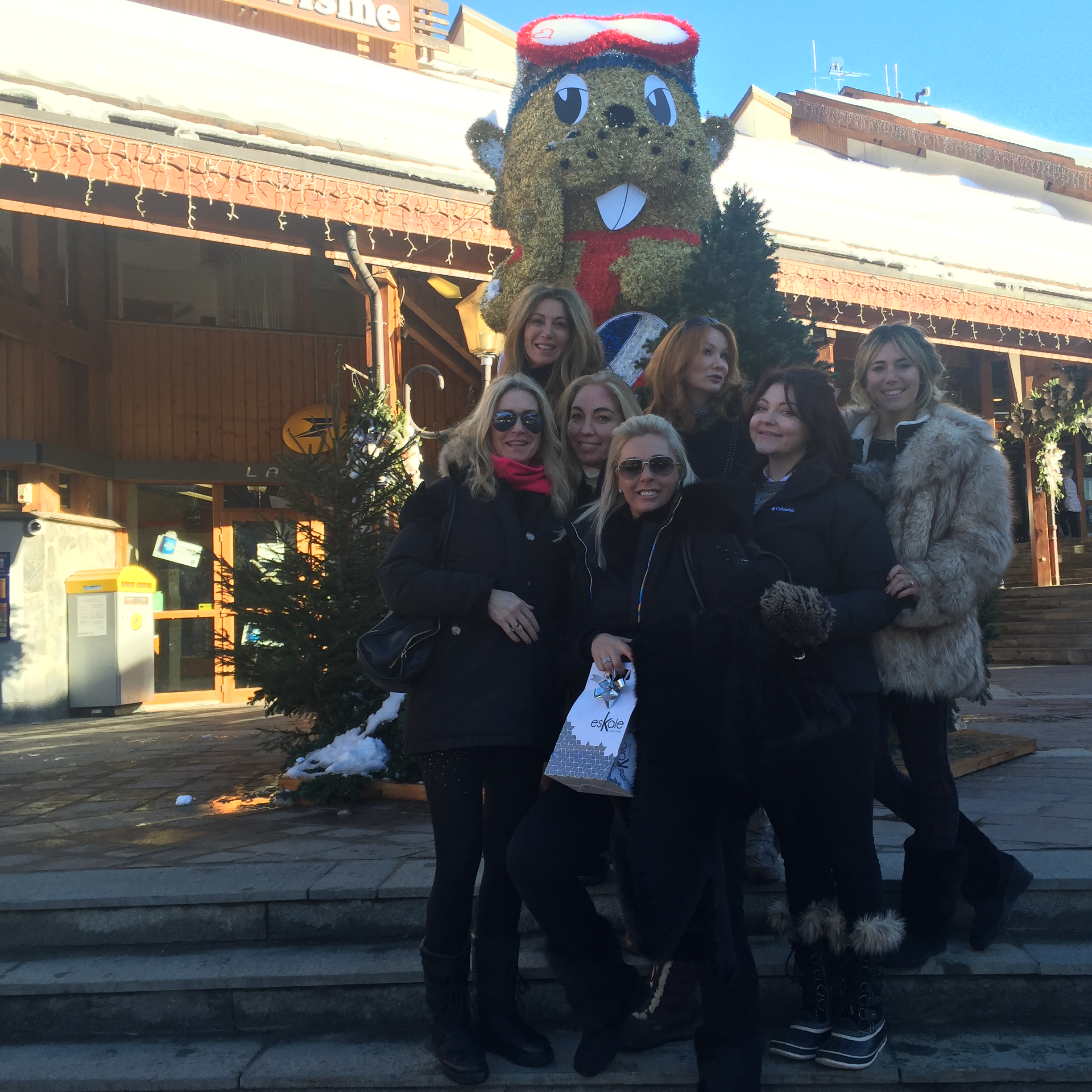 The S’No Queen girls decided to head over to the La Foile Douce, a large bar situated just out of the village. The bar its self hosts everything from fireworks displays, live music and amazing food and drink which reflects the amazing atmosphere it has. The ladies decided to stay here for hours simply having a drink, having fun and meeting some very unusual and interesting characters.

The food was amazing and the banter and laughs were even better whilst the girls took in the full effect of the amazing views and bustling, friendly atmosphere that the bar had on offer and even having a little sing song with a few of the acts. 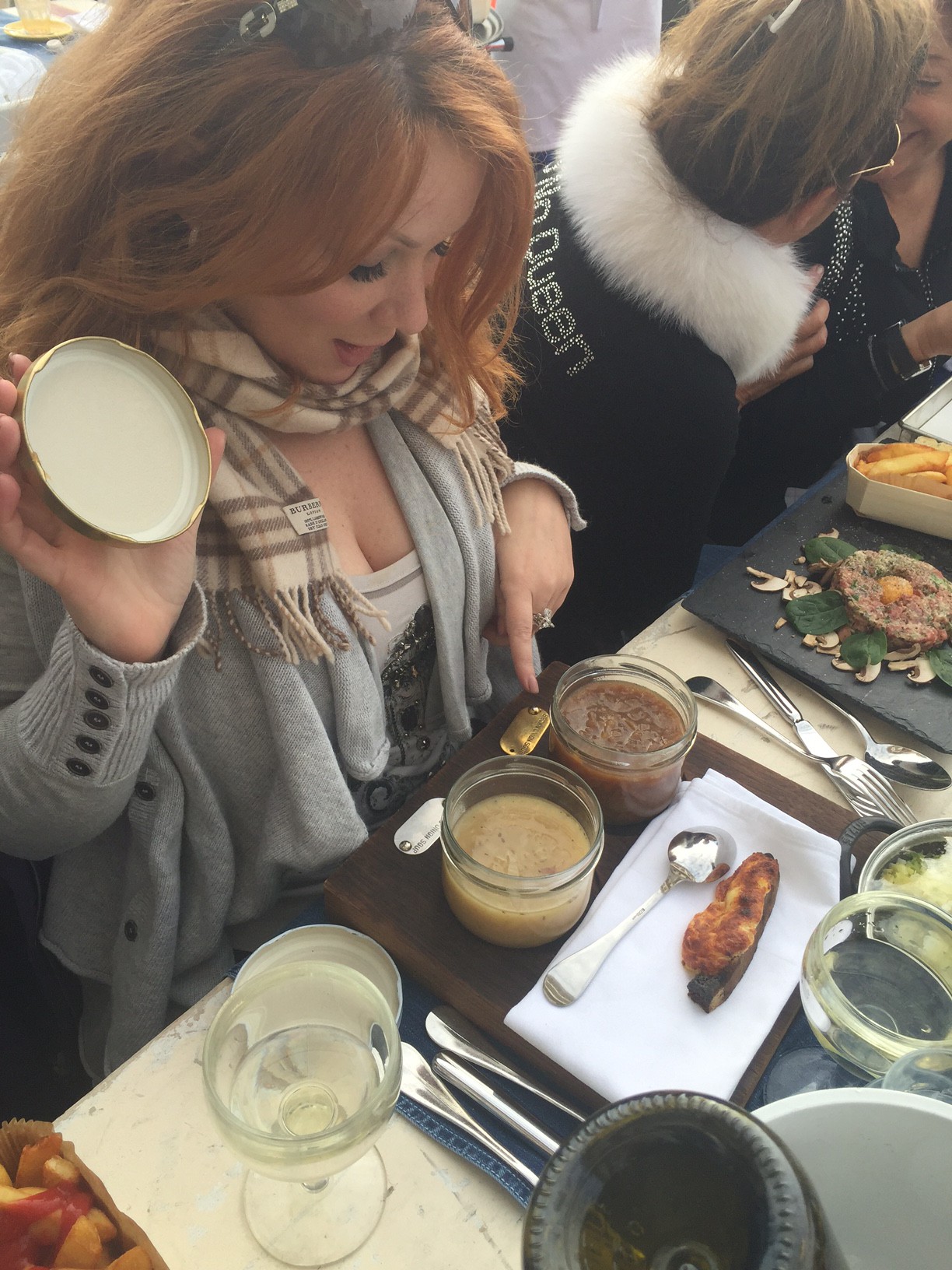 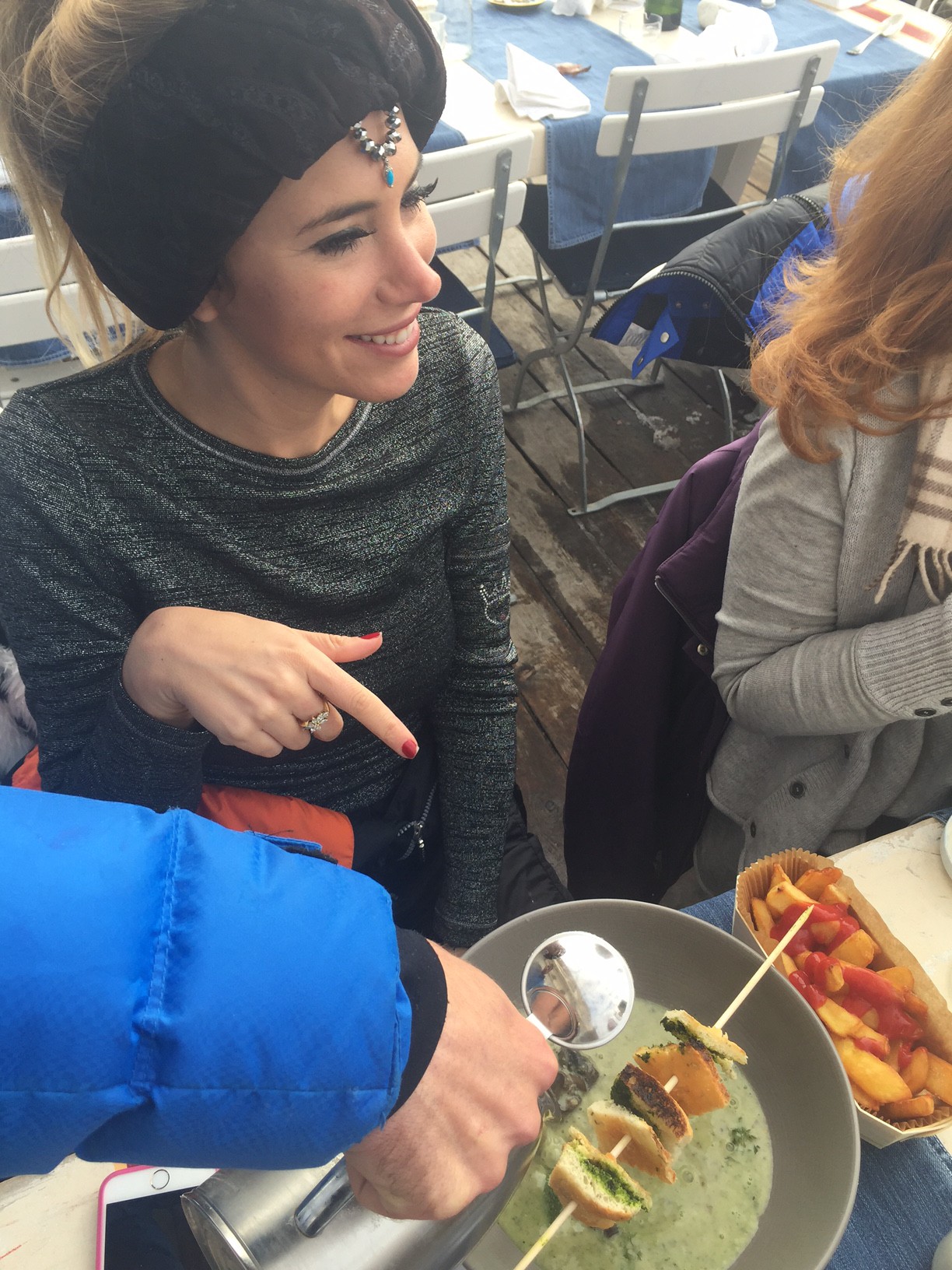 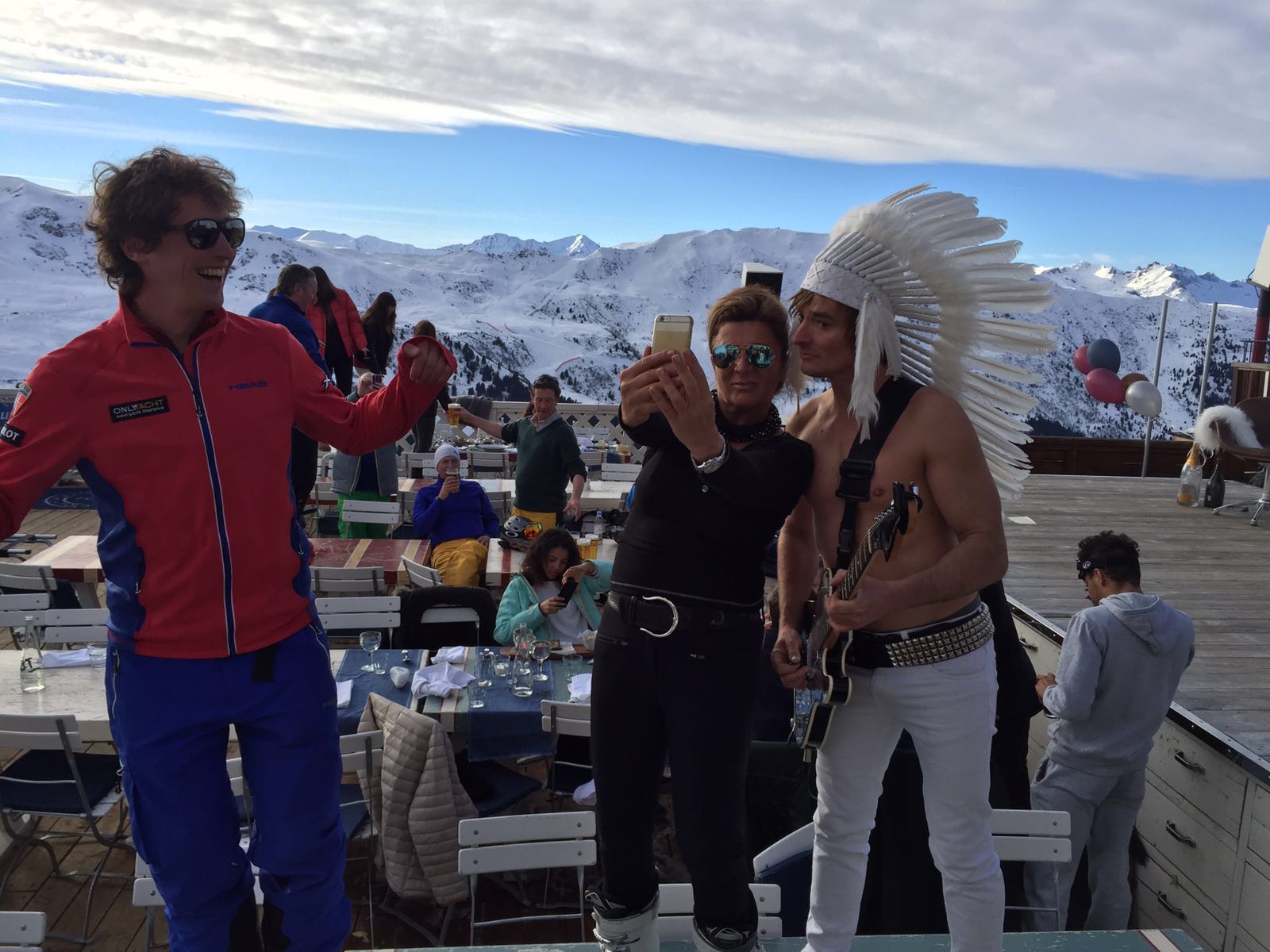 It is safe to say the weekend can only be described as amazing, so much so that the ladies will be returning next year with more friends and family to be able to enjoy the slopes even more. If you loved the S’No Queen clothing the ladies were wearing, then why not take a look at the full S’No Queen Thermal Range. 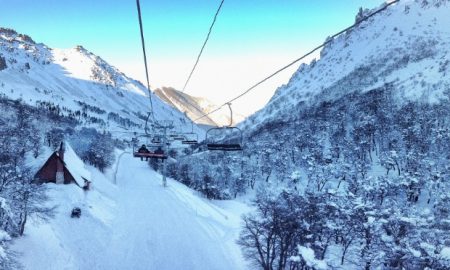 Where to Ski In the Off Season

This time of year, everybody is out on the slopes enjoying themselves and living the Alpine life. But where do you ski in the off season?

The Best Skiing Resorts You Can Reach By Train

Here at S'No Queen we know that a wide range of people these days have a fear of flying and with the rail network in Europe how it is, there 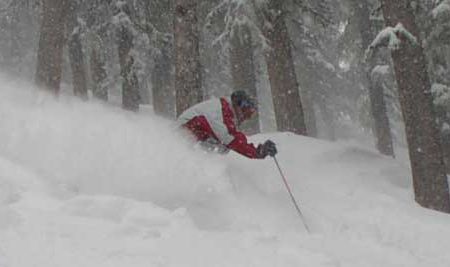 Where is The Best Ski Resort for You?

Here at S'No Queen, we know that when it comes to a skiing holiday, every resort has its pro's and con's and for that reason you could love or hate

What to Take When You’re Heading off Piste

For some of us ladies, the normal slopes simply do not cut it any more and heading into the more rough and rigid terrain such as the back country can