Boil the last four epic series of the hugely popular Game of Thrones down to a simple plot line and it’s about seven different kingdoms with various figures from different ‘tribes’ competing to take over ‘The Iron Throne’. Who will sit on it and rule the Seven Kingdoms? The Mother of Dragons, Stannis Baratheon, the Wildlings, the old king’s illegitimate son or one of the golden haired Lannisters?

Now, boil down who you see around you in a ski resort into different categories and it’s easy to establish certain ‘tribes’. If the world of a ski resort was to adopt the premise of Game of Thrones, who would sit on the ‘Iron Throne’? And, more importantly, which thermals will keep the inhabitant warm from the throne’s icy cold iron surface, while looking stylish and regal? In the world, of mountains, chairlifts and après, who is the S’No Queen? And so begins the Game of Thermals…

The first prominent group in a ski resort are the Steezies. These guys are the ones who spend their days lapping the park, wearing hoodies and tall tees down to their knees with their faces covered up with bandanas and massive goggles. It is through wearing ridiculously baggy salopettes that we can asses which thermals the Steezies wear. Classic Steezie, Swedish slopestyle rider Henrik Harlaut, wore salopettes in size 4XL in the Sochi Winter Olympics. The 4XL salopettes certainly allowed Harlaut to proudly display his pants to the Sochi judges. The verdict? There’s not much sophistication in what the Steezies wear underneath. It’s as anti-establishment as they are. Their baselayers definitely provide the ‘ease’ of Steez, but where’s the ‘style’? Sure, it secured Harlaut a collaboration with Swedish underwear brand Bjorn Borg, but would the Steezies ultimately win in the Game of Thermals?

They would definitely beat the Gnarlies, who are happiest North of the Wall, sitting on a ledge and getting battered by icy winds. These are the mountain guides and the seasoned riders who choose the untracked bowls over anything remotely pisted. Expensive thermals aren’t their most desired tool, and neither is being particularly stylish. Instead, duct tape is their best friend to mend rips in their 20 year-old salopettes. These are the stubbled men who choose nature over anything synthetic. Cold without thermals? Pah! These men have skin as thick as leather. They’re as hard as the iron throne.

Next up are the Techies. These are the guys who are more at home in the backcountry with their ABS bags, GPS mountain maps downloaded to their iPhones and the latest avalanche transceiver. The Techies would definitely put up a fight in the Game of Thermals. They desire the latest in thermal technology: base layers that have been tested in minus 35 degrees and the most ferocious blizzards known to man. To say that they seek practicality is an understatement. Yet, style does not prevail for the Techies. Isn’t it important for the ruler to also project royalty and sophistication rather than just have a warm tooshie on the iron throne?

The Glossies are all about style. These are the girls who party in Verbier and helicopter over to Courcheval, wearing fur and the whole of Harrods’ ski department. They focus too much on what looks good on the outside and have the only option of dreary baselayers. Arabella, Tara and Cressida may have their Chanel goggles, but they’re undermined by the drab thermals. Sure, they can easily drink a glass of Cristal on the throne, but they’d quickly swelter as they choose looking good over exposing their colourless and lacklustre base layers.

That’s where a new tribe steps in. As the Steezies walk around with their pants on show, the Gnarlies remain content high up on their cliff ledge. The Techies only feel smug about how they can’t feel the cool iron surface at all because of their overly-technical baselayers and the Glossies only care about how sexy and stylish their outwear is. In stroll the S’No Tribes. These guys know how to be snug and sexy in their thermal layers.

Adorned with crystals, these thermals challenge even the fanciest outerwear of the Glossies. They also have their beautiful crystal zip hoodies, polos and onesies to challenge the Glossies in their Bogner and Fendi. Even more, the S’No tribes wear bling headbands in indigos and hot pinks to put those Chanel goggles to shame. The S’No tribes can easily beat the Steezies and their underwear on show with their chocca mocca and forest green jewel encrusted leggings. The S’No tribes feel no cold from the iron throne by the baselayers’ practical functions and super soft fabric. Take that Techies. The S’No tribes are victorious in the Game of Thermals by possessing both sexiness and practicality. The throne finds its new ruler: all hail the S’No Queen. 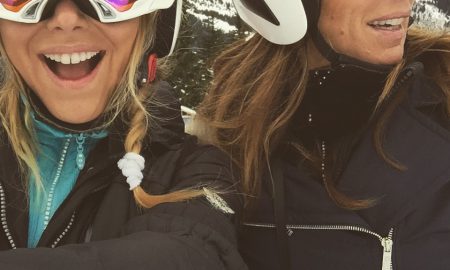 As you may have seen on Facebook, twitter or even Instagram, the S'No Queen girls headed off to Meribel last weekend to be able to enjoy the sun, snow and 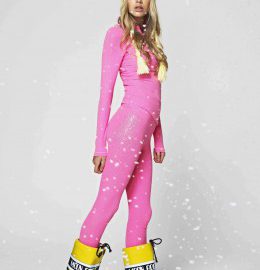 S’No Queen Valentines Give Away 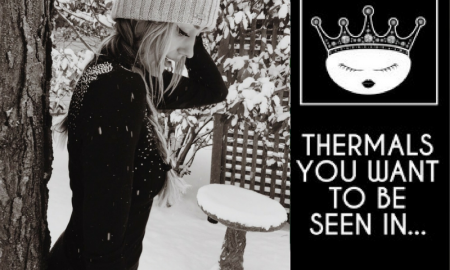 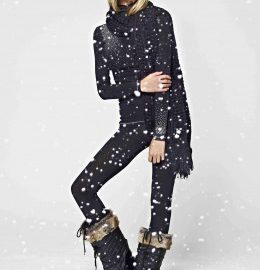