The summer has been and gone and while you’ve been making the most of the warm weather, you’ve been secretly counting the days to the cold. As skiing season approaches, we know it’s been a while since you last graced the mountains, so here are a few reminders to make your return to your favourite Alpine retreat a memorable one.

Polish Up Your Parallel Turn Pre-Piste

An elegant swan glides gracefully across the lake, but beneath the surface is a flurry of activity. So should it be with the shrewd S’No Queen. It takes hard work to make it look effortless and the place to prepare for the slopes is back home. If you have access to an indoor ski slope or even a dry brush slope, take the time to perfect your moves and reacquaint your legs with the sensation of skiing. By the time the snow season starts, you’ll be wowing the crowd with your finesse. It’ll be our secret!

Keep an eye on the weather reports

With an eye on detailed weather forecasts and slope based webcams, the wise Queen dresses for the morning, but plans for the whole day. The mountain elements are fickle mistresses indeed, but if you’ve had the foresight to pack a second outfit into your tastefully chic rucksack, you can change effortlessly as the weather does. Your snow-savvy will surely be as admired as your wardrobe.

That mountain air is ice cold, but the sun is warm, both conspire to rob you of your liquid reserves. Added to this, high altitudes and cold air suppress your thirst, it’s a recipe for dehydration and it’s so easily avoided. While you won’t necessarily feel thirsty, you still need to take in water to stay in peak form, so don’t forget to take regular sips while out on the slopes.

With clear blue skies and the sun overhead, the glistening mountainside is the only surface that becomes you better than a red carpet, however, snow reflects most of The Sun’s UV rays and its intensity increases the higher you go. Nothing should outshine a S’No Queen, so make sure you foil the efforts of that burning usurper. A quality pair of goggles will save your eyes and some high factor sunscreen will keep any exposed area of skin from resembling the lobster you’ll no doubt dine on later.

Easy on the Apres Ski

You’re burning calories all day and able to eat whatever you want guilt free. A Skiing holiday is a tremendous opportunity to indulge yourself without worry. However, even the most practiced party   Princesses need their beauty sleep, so don’t be afraid to make an early exit from the bar so you can awake alert, renewed and recharged in order to do it all again. Don’t forget, the following morning, to throw a coquettish smile at the unfortunate souls who stayed out too late. They’ll wonder, resemble a wight from beyond the wall, how you manage to look so fresh so early as you sweep by!

Be Noticed Wherever You Go

Whether you want to look stunning on the slopes or appealing in the Après Ski, S’No Queen is here to make you look and feel like Royalty, with supreme quality thermals that are as technical as they are fashionable and desirable. We’ll make sure you look great on the green runs, show off your bling on the blue or red and if black diamonds are a girl’s best friend, S’No Queen will help you sparkle! Check out our new Winter Collection to ensure turn heads as you carve up the slopes.

When you are booking a skiing retreat, you're going to need to consider whether you'll be skiing or snowboarding. Take a look why.

Tips for Skiing With Children

Taking children out onto the slopes can be difficult at the best of times, however we have brought you some tips to pull you through. 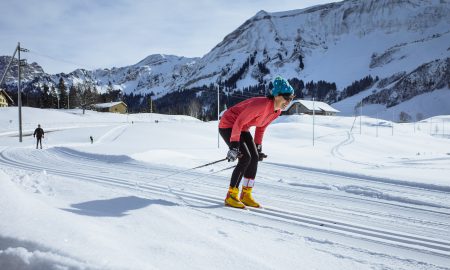 Learning to ski can be very stressful, so we thought we would help by teaching you the basics in skiing terminology. 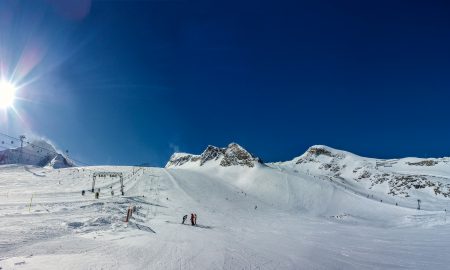