Is skiing a safe sport ? - S'No Queen
FREE Delivery on UK Orders
International Shipping Available
Made in the UK

Is skiing a safe sport ?

Skiing its self has brought on an infamous reputation for being a extreme sport which is only for adrenaline junkies and people who lone for that thrill of living life on the edge. You may remember earlier this year we did see live on TV that injuries can occur through the show The Jump that S’No Queen sponsored. However, modern day skiing done correctly is nothing of the sort; it is more of a relaxed sport that you can enjoy before and after a piste side restaurant meal and a glass of wine. 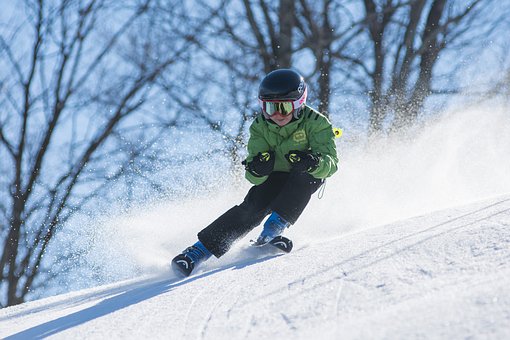 How Dangerous is skiing?

Skiing comes across as a very dangerous sport but it is actually very relaxed, so relaxed in fact that 4 times more people hurt themselves playing netball then taking part in downhill skiing.

Skiing its self in comparison to other sports is actually very safe indeed. According to the BBC, out of every 10,000 people who head to the slopes, on average 2-3 people will have some form of small accident, this can be anything from a graze to a bruise. Out of these 2-3 people, 10% of them would have a serious injury such as a sprain, twisted ankle or worse. Which in perspective means that for every 33,333 ski trips, one of them results in injury.

When you compare this to other sports such as rugby, boxing and even your standard European football games, it is hard to see why skiing has such a fierce reputation.

Why Do People go Skiing?

Most people think that everyone who goes skiing is an adrenaline junkie as they head out to the slopes to be able to travel at high speeds and do lots of tricks and jumps for a week or two, and in fairness this is available and a lot of people do this. However, the majority actually travel to the slopes for the atmosphere and aesthetics of the slopes.

That being said there have been huge advancements in winter sports equipment that means that all winter sports are getting safer, but you should only attempt any winter sport under proper supervision, with the proper equipment and coaching. If you are new at any sport and have not had proper coaching or equipment then you will increase your risk of injury.

No matter which you end up choosing be sure to wrap up warm in your winter thermals wherever you decide to go this winter.