Who's in The Jump 2017 final? - S'No Queen
FREE Delivery on UK Orders
International Shipping Available
Made in the UK

Which celebrity will be jumping for joy this weekend and be crowned champion of The Jump 2017?

Each year we get a few more celebrity fans of our designer thermals, as they wrap up warm but still want to look stylish for the cameras and The Jump 2017 final is almost here.

Despite in recent years the show being plagued by serious injuries this year the celebrities have so far managed to avoid anything major injuries. So we are going to run you through the finalists to hopefully build your excitement even more. 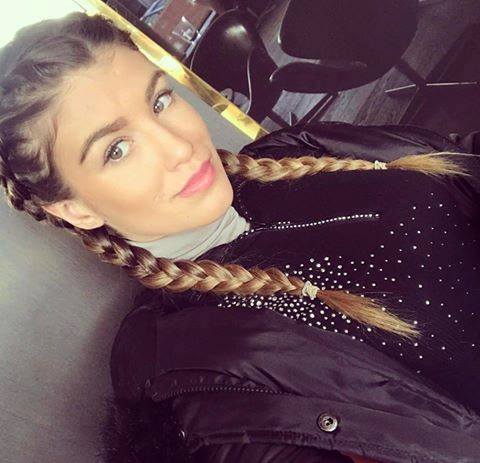 This weekend marks the end of The Jump TV show for another year.  The 2017 champion will be one of these seven ski stars. The final gets underway at 7.30pm on Sunday on Channel 4.

Actress, model and S’No Queen Amy Willerton jumped 13.70m to get ahead of Lydia Bright and through to the final. Without being biased we would love to see Amy Willerton win the jump this weekend. Her taste in ski thermals is one to be admired if you have been watching the show in recent weeks.

Gareth Thomas qualified for the final with a jump of 14.58m. But unfortunately it was announced on Wednesday that the retired rugby player has been forced dropped out for personal reasons, which leaves Lydia Bright coming back to take his place in the final.

The towie star was originally eliminated in the semi-final, but is back in the game now, taking Gareth Thomas’s spot.

Made in Chelsea Spencer Matthews secured his place in the final by beating Jason Robinson in the giant slalom on Sunday’s semi-final. Spencer has been a fan favourite for most people during the show and we wouldn’t be surprised if he came out champion on Sunday evening.

Olympic gymnast Louis Smith also went through in the giant slalom event and is the favourite to win. He took his fourth mini cowbell of the series after beating Spencer Matthews in the giant slalom head-to-head. Ever since appearing on the X-factor as a child the public have loved Louis so we hope he does well in the final.

Paralympic champion Kadeena Cox was up first in the slalom head-to-head and recorded a jump of 14.65m which was enough to beat reality TV star Lydia Bright’s 12.25m, who went after her. Luckily for both of these lovely ladies we will still be seeing both in the final now.

Former England rugby star Jason Robinson also went through. He called his jump of 15.18m a “solid jump” that would give him a bit of confidence for next time. We think Jason is one to watch for this weekends final having been a champion or Rubgy can he become the S’No King or The Jump 2017.

This weekend’s grand final will feature two epic battles – snow cross and the “ultimate” jump course. Don’t forget to tune in live at 7.30pm on Sunday to see who wins!