With Winter fast approaching we know all out beloved S’No Queens will be looking to visit there nearest Christmas market so S’No Queen has put together a pick of the best available around the UK this season. 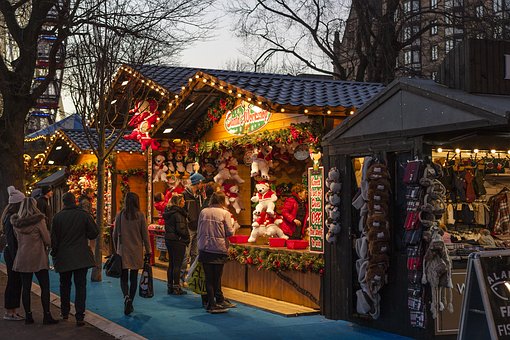 Belfast’s Christmas market will host a range of local food and drink producers this year with 20 additional stalls to celebrate the climax of Northern Ireland’s Year of Food and Drink. As always, the market will be located in the centre in the City Hall grounds.

Those with a sweet tooth can take a trip down the aptly titled Candy Alley, and children can visit Santa at his grotto. The market also operates a buddy scheme which gives those with reduced mobility easier access to the stalls during quiet periods.

Every year, the city centre is transformed into the largest Christmas market outside of Germany and Austria – and this year it’s celebrating its 50th birthday. Birmingham puts on a massive German market.

The venture was born in 1966 as part of an agreement between Birmingham and Frankfurt, and the two cities have been collaborating on projects ever since.

Here you’ll find a range of unique gifts, from hand-crafted toys and jewellery to bespoke decorations for your tree. There’s also a range of traditional food and drink and you can tuck into a bratwurst or a pretzel, or indulge in a hot chocolate.

It’s one of the country’s longest-running markets and the Scottish section has traditional crafts and gifts, while the European part has a more multicultural feel.

Nearby Santa Land also has a children’s market. If the weather proves too much, you can warm up in the carousel bar with a mulled wine or a hot chocolate.

London plays host to many Christmas markets
Plenty of choice in the capital – the German Southbank Centre Winter Market near Waterloo has a range of chalets selling hand-crafted gifts as well as rides and attractions to keep children amused.

New for this year is another German market at Leicester Square, with a packed entertainment programme with circus performers and dancers. There is also a Santa’s Grotto for children.

Winter Wonderland in Hyde Park is huge, with German, Angels and Fairies markets. with circus performers and dancers. There is also a Santa’s Grotto for children.

Manchester has one of the most sprawling Christmas markets in the UK, with around 300 exhibitors occupying its wooden chalets each year.

The award-winning event doesn’t just restrict itself to German produce – it also sells other European goods, such as French soaps and Belgian kitchenware. Its cosmopolitan feel extends to its numerous food stalls, where everything from goulash to paella is on offer.

If you’re looking for something traditionally British, you can also tuck into a hog roast

No matter which Christmas market you choose to visit this year be sure to keep warm in your Winter thermals wherever you may go.