The importance of eco-friendly ski resorts

It’s only December and yet most ski resorts are all well underway this year after opening early in November. However if we want snow to stick around, we need to pay the utmost respect to maintaining this precious resource: something that many ski resorts are fathoming out fast.

More and more ski resorts are now accepting the fact that environmental responsibility can go hand in hand with healthy business growth? 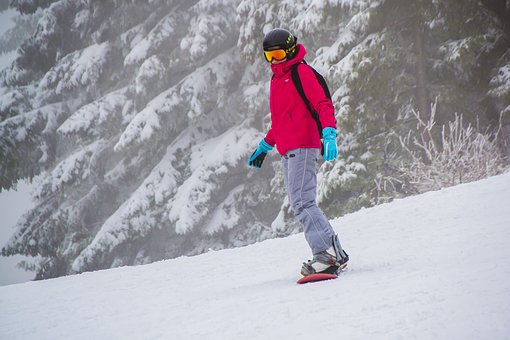 Although skiing is a prehistoric sport, sprawling ski resorts only began to proliferate from the 1970’s, and synonymous with this expansion, came environmental issues. The energy gulping ski lifts, belching cars motoring around high altitude resorts and the sheer energy consumption used for simply heating and lighting chalets amidst the snow and ice began to take a toll on the environment. As the sport catapulted into popularity, savvy ski resorts clocked that the environment was paying too large a price, and without nature on side, there simply is no snow and ergo – no ski industry.

Early as 1966, the French resort of Avoriaz was on the case. Pedestrianised since the start, this purpose built resort is designed to blend congruously into the mountainous cliff face. Most of the buildings possess extra strong roofs, so that snowfall can be used as insulation to preserve indoor temperatures naturally. All development work dates for the resort are fixed to avoid the nesting periods of rare and protected species and they also use biofuel converted from old cooking oil.

Since 1996, the Aspen Ski Company, touted as the catalyst for the green ski movement, have done gloriously green things for the environment. They use biodiesel fuel for the snow grooming machines and the resort offsets 100% of its electricity through wind power, a fully sustainable energy source. Added to this, they have the largest photovoltaic (electric power sourced using solar energy) system within the snow industry. Many global ski resorts have followed in Avoriaz footsteps and are car-free such as Serfs in Austria, Saas-Fee in Switzerland and Sun Peaks in British Columbia.

It’s a good start but is it enough? The rapid expansion of ski resorts in the past 50 years has impacted the environment in varying ways, from disturbing wildlife through noise, pollution and destruction to their natural habitat, to reducing the water levels in lakes. With melting glaciers and rising ocean levels – soon there won’t be much sand left to sink our heads into.

Facing climate change facts tends to coalesce into a prophesy of doom, but when figures with huge political clout (such as the President-elect of the U.S.) refuse to acknowledge the mere presence of a teetering environmental catastrophe – it’s up to us to take action. Choose eco-friendly resorts. Choose eco-friendly ways to get to the mountain. Choose to protect your slopes for winters to come by educating yourself on the impending change and how to combat it. Choose snowy winters for years to come!